The Coolest Supercars of 2015, According to Gianfranco por Gianfranco Rota 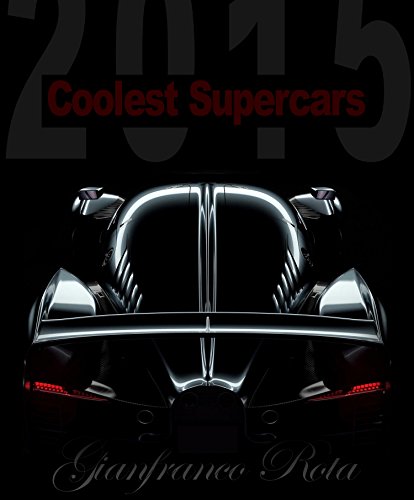 It's back! And it’s bigger! Back by popular demand, this year’s edition of The Coolest Supercars features Gianfranco’s 7 new favorite supercars. As always, each featured car is presented with mouth-watering pictures and draw-dropping specifications.As always, all of the featured cars are street-legal. All of this year’s monster-mobiles are capable of reaching a top speed of at least 200 mph and all are first being sold in 2015. The end of the book features a section for Earlier Supercars Still Making a Scene in 2015.Don't miss this year's additions to The Coolest Supercars family! Join us again, for an invigorating, inspiring experience of the world’s newest and coolest supercars. Note: the Fire HDX 8.9 device compresses photos (makes them small) by default.